The tour was set to leave at 8AM from the Tamarisk Grove campground so with our neighbor’s Don and Kathleen in tow we packed sandwiches, filled water bottles, lathered on sunscreen and headed east in our trusty Toyota Land Cruiser. 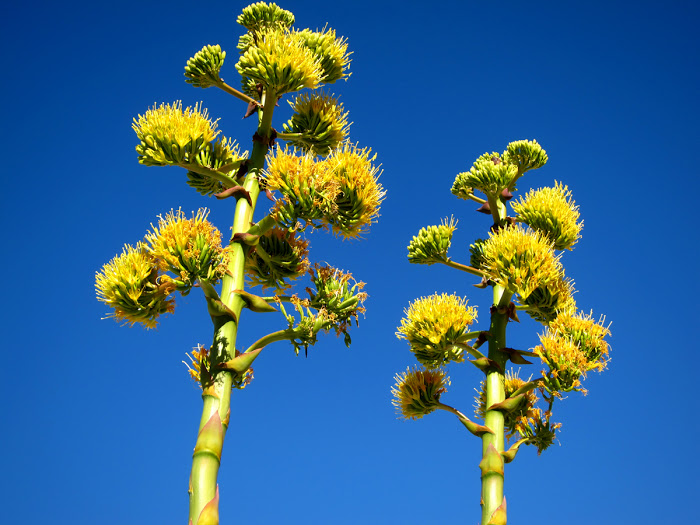 Agave twins in Pinyon Wash. Never have seen two bloom side to side like that.

Once we arrived quick introductions were made, and we jumped back into the Landcruiser and followed Mark Jorgen’s red Jeep for the short drive to the trail at Pinyon Wash. The drive up Pinyon Wash takes you through some beautiful back-country of the Anza Borrego Desert. Numerous Agave, with their stalks reaching for the sky and the crimson tipped Ocotillo lined the trail.

The easy hike began under a cloudless desert sky, with a little bouldering up a small canyon. The narrow canyon eventually opened up into the vast expanse of Harper Flat where we explored an old Indian camp rich with morteros, metates and pottery shards. We then continued up the valley into  the narrow tributary of Harper Canyon. 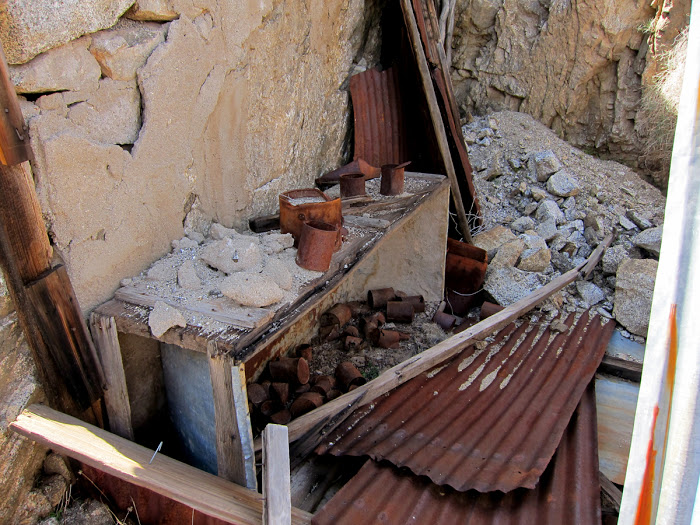 The hidden treasures of Harper Canyon are the multi-level dam that was built back in the 1920s and the cabin which was used by the Harper brothers. Like many cattlemen that came before them, Julius and Amby Harper tried to utilize the abundant vegetation of the Anza Borrego Desert landscape to graze their cattle. They were able to tap into some of the underground springs of the area and went as far as building a dam to control water flow down the narrow canyon. Unfortunately the dams eventually filled with sand and the Harper brothers abandoned their cattle operation years later.

Today all that remains of the Harper brother’s endeavors are the sand-filled dam which forms two massive steps up the canyon, and the cabin, where according to rangers, one of the Harper brothers spent his honeymoon.There is also a stone structure at the mouth of the canyon which we are guessing served as some sort of outpost. 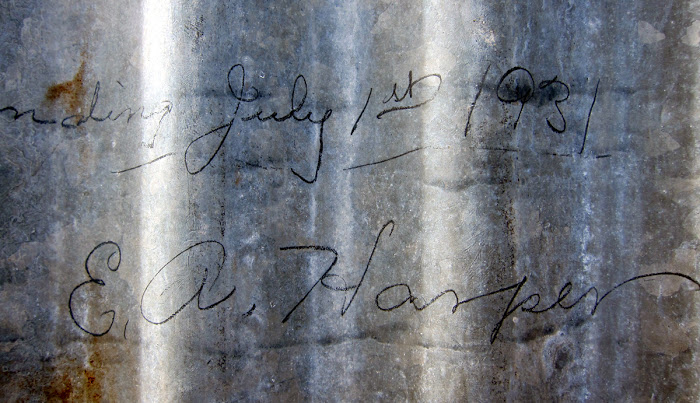 Signature on the front wall of the cabin, signed by the builder Amby Harper in 1931

We sat, ate our lunches and imagined the effort it must have taken to construct such an operation in this remote area of the desert. The solid concrete walls of the dam are close to 10 feet tall and have stood the test of time. The cabin itself has not done so well, its’ support system of Agave stalks long gone. 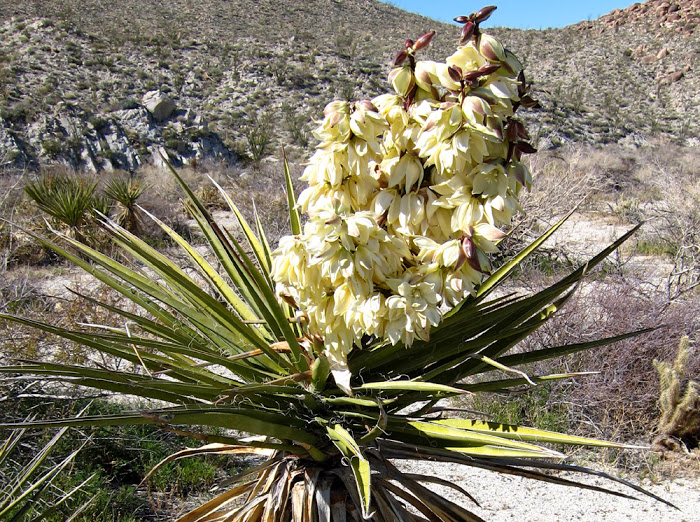 Beautiful blooms of a Mojave Yucca

After lunch at the cabin, we hiked back down Harper Canyon realizing we were probably following the path the Harper brothers took so many years ago. Of course they probably didn’t have a Land Cruiser with solar panels and a fridge waiting for them at the trailhead.

Special thanks to Mark Jorgensen, Bert Gildart and the Anza Borrego Foundation for making this a fun and memorable trip.