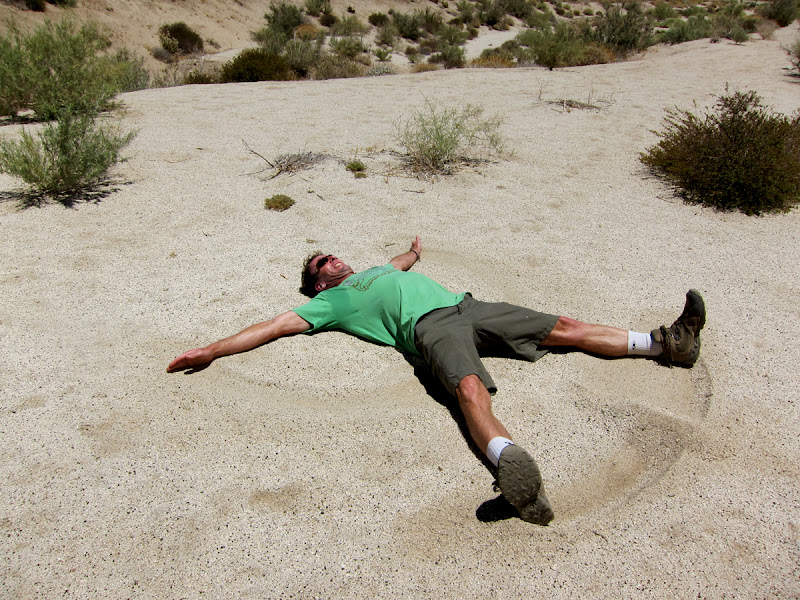 If you really want to escape the summer beach crowds of San Diego, but still want to play in the sand, you could always take a 2+ hour drive east to the Anza Borrego Desert.

Our motivation was simple, June gloom had continued two weeks into July, shrouding the coast in clouds. We had forgotten what sunshine felt like.

Mind you this is not journey for those who can’t take a little heat. When we pulled up at the Carrizo Gorge turnoff, temperatures were already close to 100′ and promised to rise throughout the morning. 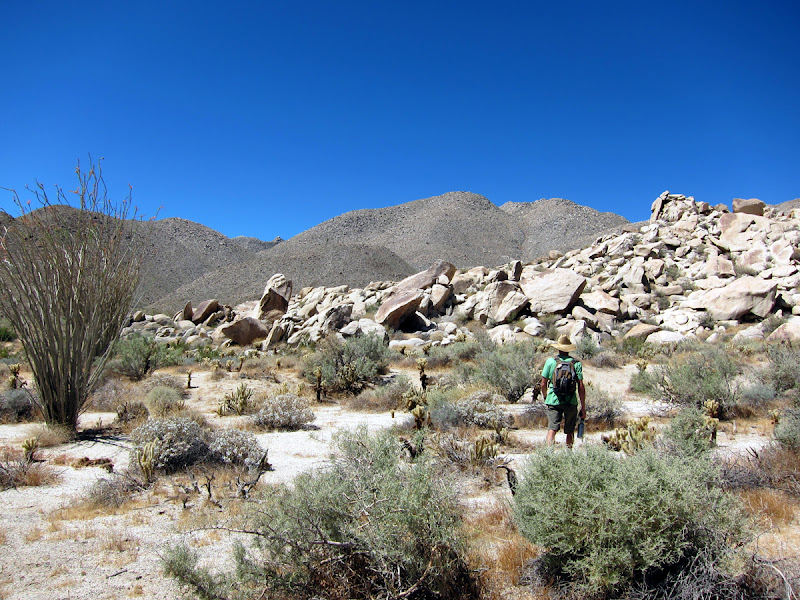 Surprisingly, we were not the only foolhardy souls out in Anza Borrego braving the triple digit temperatures. When Mary and I pulled off the S2 Highway at Carrizo Gorge we noticed a couple of guys parked at the trailhead. After chatting a bit, we learned that they were doing research on the Tamarisk groves in the area. Apparently Tamarisk is considered an invasive species in the Colorado Desert due to its tendency to compete with native desert vegetation. They asked us if we were familiar with the area, so we directed them south down into Carrizo Gorge where we have previously seen many thickets of Tamarisk trees.

By this time Daren had arrived so we jumped in our 4 Wheel Drives and drove down Carrizo Gorge to the turnoff at Rock House Canyon.

As we predicted, the 3 mile hike up the canyon was hot, dry and completely devoid of hikers. All of the wildflowers and cactus blooms that we had marveled at in months past were now gone, leaving behind an arid desert landscape. We didn’t spend too much time exploring the canyon, but both Daren and I did manage to get impaled by cholla spines. Ahhhh, got to love the Desert. 🙂 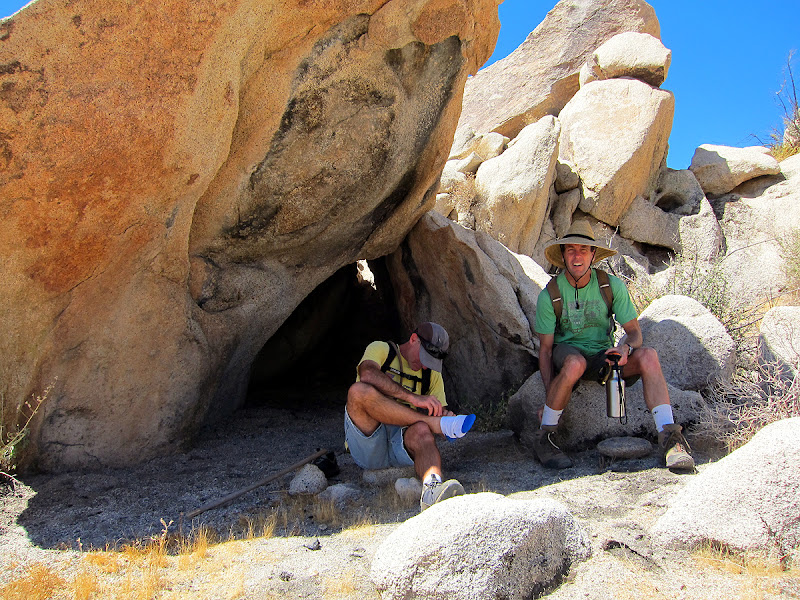 Both Daren and I managed get impaled by Cholla spines simultaneously

Despite the heat, I am beginning to enjoy Anza Borrego in the summer months or off season. It is nice to be able to escape the summer beach crowds even if it is only for a little while. 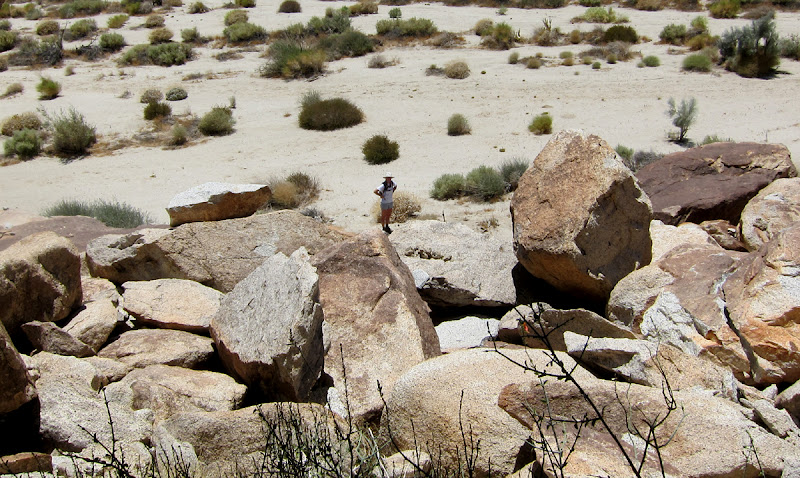 Disclaimer: If you dare to brave summer in the Anza Borrego Desert, please be prepared. Bring plenty of water and wear a hat. If you are not an experienced hiker, stay reasonably close to your vehicle which should be in good working condition.
When we arrived back at the Land Cruiser the temperature was 110’F which gives you an idea of the extreme temperatures you may encounter.
If you are near Borrego Springs it is a good idea to check in with the Park Ranger before you head out on a hike.