Tucked away in the Anza Borrego Desert State Park is a place that seems to have more similarities with moon, or at least what I would imagine the moon to look like. 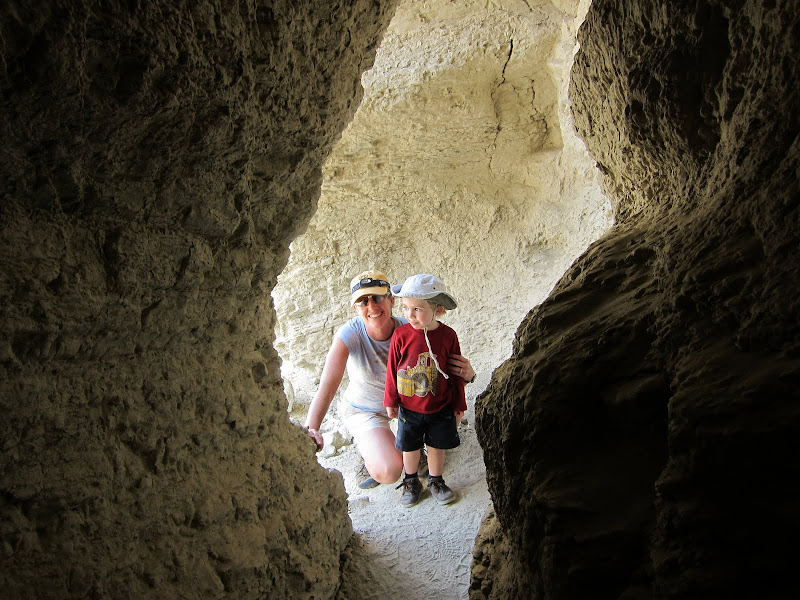 At one of the mud cave entrances in Arroyo Tapiado

Arroyo Tapiado or “Mud Wall Wash” is an area of southern Anza Borrego that has some of the most extensive mud caves in the world. A few of the dark, twisting passages can be hundreds of feet long ending in rooms with two story ceilings, while other areas require you to suck in your gut and crawl on all fours.

Archaeological excavations have uncovered fossils of mammoths, sabre-tooth tigers and other animals dating back millions of years which adds to the otherworldly feel of the area. 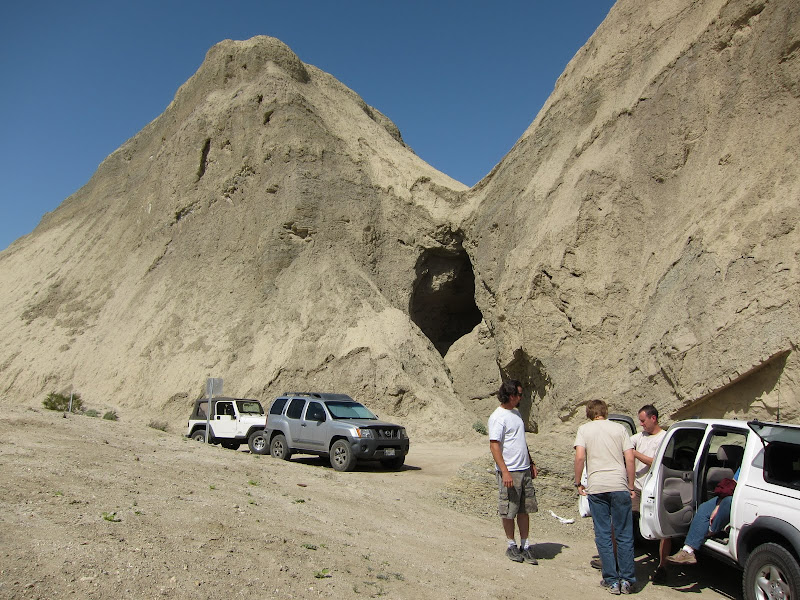 When exploring a place like Arroyo Tapiado it is always nice to have a guide, or someone in the know. Fortunately for us one of my friends from work Mark, is an experienced “spelunker” and is always up for a day of exploring. He was also the one that guided us around the Arroyo Tapiado Mud Caves 5 years ago. We were also able to entice few more of our friends to join us, so after a quick meetup at Starbucks we jumped in the four-wheel drives and headed east towards Anza Borrego. 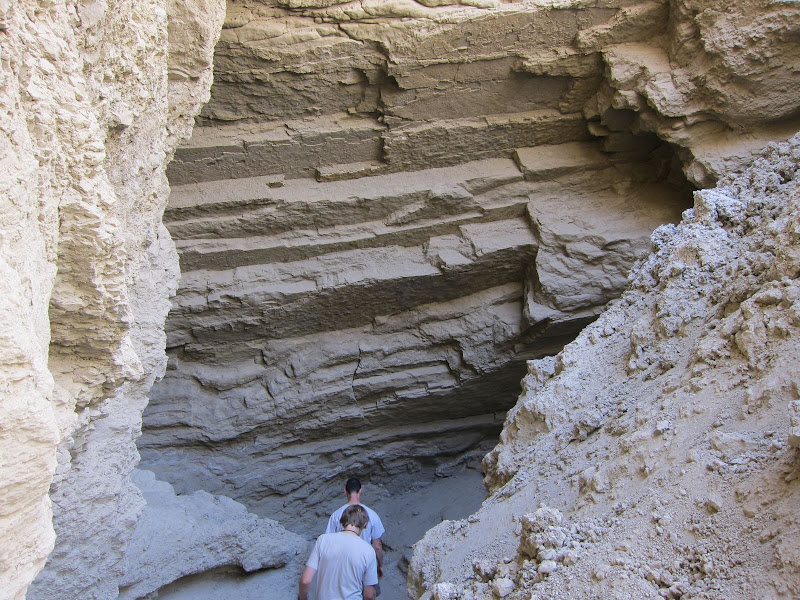 Mark and Andrew head into the slot canyon in Arroyo Tapiado

Our first stop was the Plunge Pool cave and the surrounding slot canyons. We hiked a bit up the canyon until lunch time and then headed back to the vehicles. Out came the BBQ and grill-master JP took center stage grilling up an assortment of hamburgers, veggie burgers and hot dogs. Once everone was stuffed with BBQ food it was time to don headlamps and squeeze into the narrow entrance of Plunge Pool Cave. 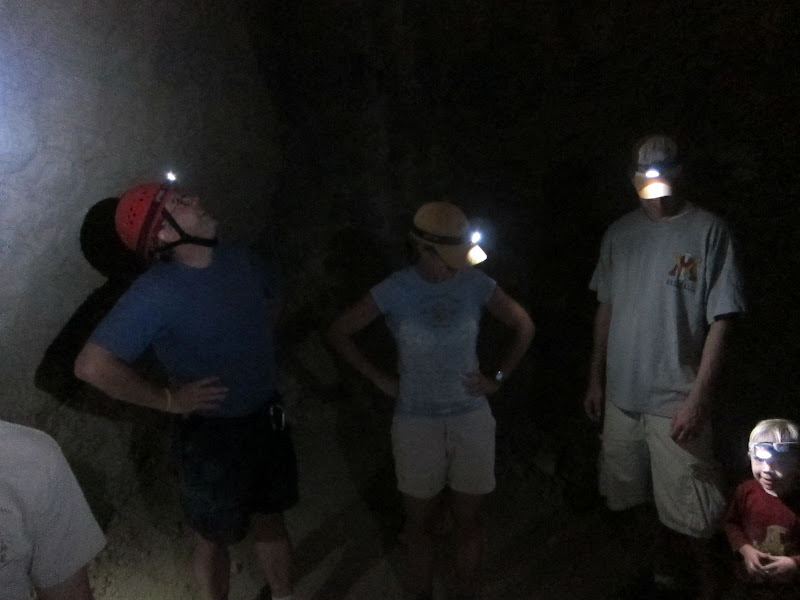 The cave is a fairly short trek but opens up into an amazing two story cavern with a small skylight. Upon our arrival into the cavern, a family that had been sitting in the dark having lunch decided 5 more mouths were too many to feed and quickly left. We spent some time enjoying the coolness of the cave, and then decided it was time for something a bit more challenging.
The next mud cave on our list was “Hidden Cave” which was a short hike down the wash from our camp. This particular cave will reinforce your fears of tight places or possibly cure it. The passage has you crawling on all fours and squeezing between narrow sections in complete darkness, save your headlamp. 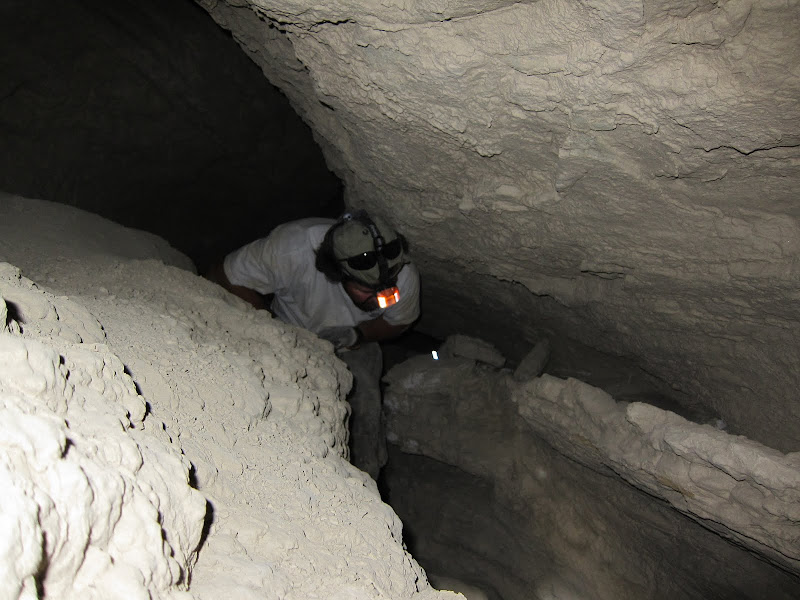 If you have not been out to visit this amazing part of the Anza Borrego desert you have to put it on your to do list. Be prepared to get dirty and do a lot of crawling, ducking and climbing. Another thing I should mention is that if you are claustrophobic you may want to stay away from some of the tighter caves like “Hidden Cave”. 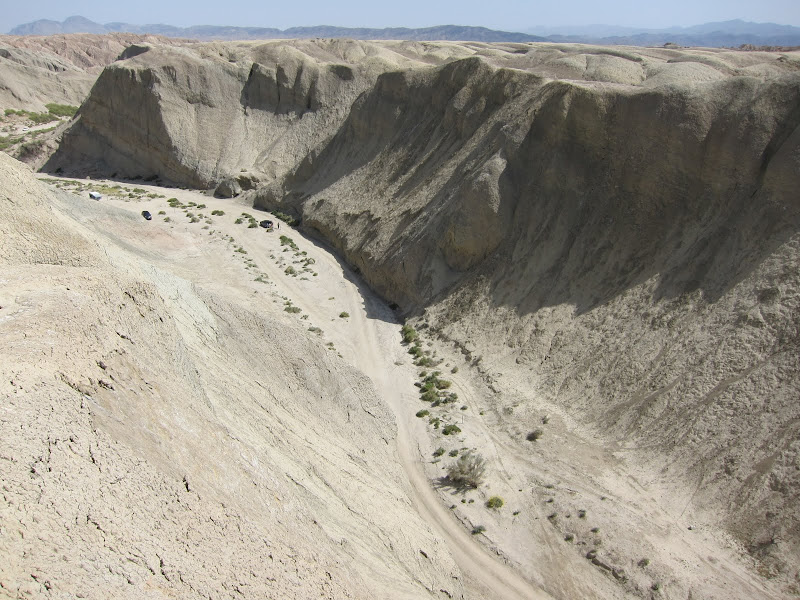 The wash at Arroyo Tapiado