The morning fog that was shrouding the coast, finally let up as we dropped down into Santee from the Mission trails summit. We were driving out to Anza Borrego to meet up with our hiking buddy Daren for a hike out to Inner Pasture. A majority of our hike would be just west of the Anza Borrego State Park on BLM administered lands. 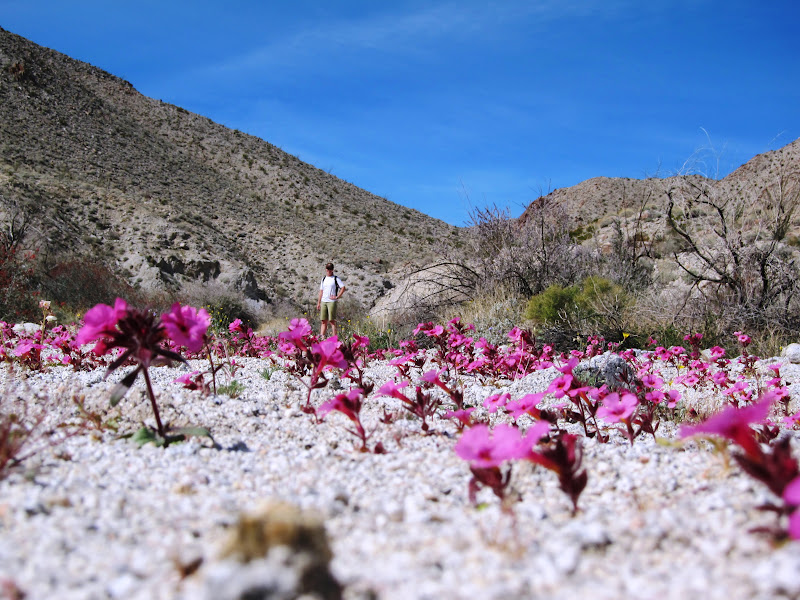 Besides being one of the more isolated, beautiful regions of the Anza Borrego desert; the area is also a corridor for immigrant traffic, a fact we would soon substantiate by the clothing and water bottles discarded along the trail.
First thing we noticed as we hiked up the wash towards Inner Pasture, was that numerous desert wildflowers were beginning to bloom. Carpets of pink Monkeyflower covered the sandy trail, accentuated by Chuparosa, Brittlebush and the occasional blooming Barrel cactus. We also found a few Ghost Flowers which I had not seen before. 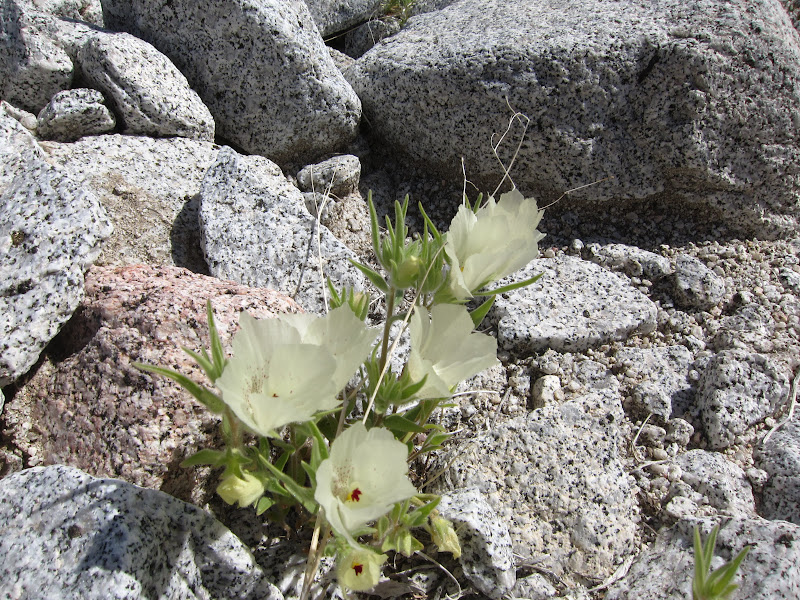 Our hike continued up the narrow canyon until we finally entered the vast expanse of Inner Pasture. The Sawtooth and Tierra Blanca mountains rose around us as we followed an old sandy jeep road towards a group of rocks off in the distance. The valley was covered with cholla, catclaw and other sharp spiny things that seemed intent on impaling us as soon as we ventured off the trail . At one point I looked down at my hiking boots and counted three sharp cholla balls that had mysteriously latched on. 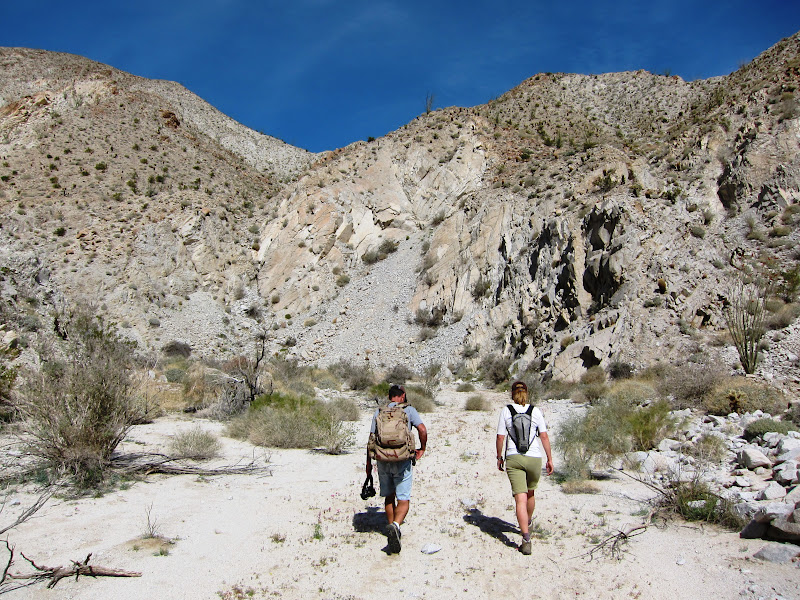 Daren and Mary hiking up the wash towards Inner Pasture

We made our way towards a group of large boulders that fringed the valley and began to search for native american sites. We found numerous pottery fragments and a few morteros which affirmed that the area was used by early inhabitants. Daren was intent on finding a particular cave which to me seemed overly optimistic given the abundance of rocks in the area. I think I was more focused on the cold beer back at the LandCruiser at that point. 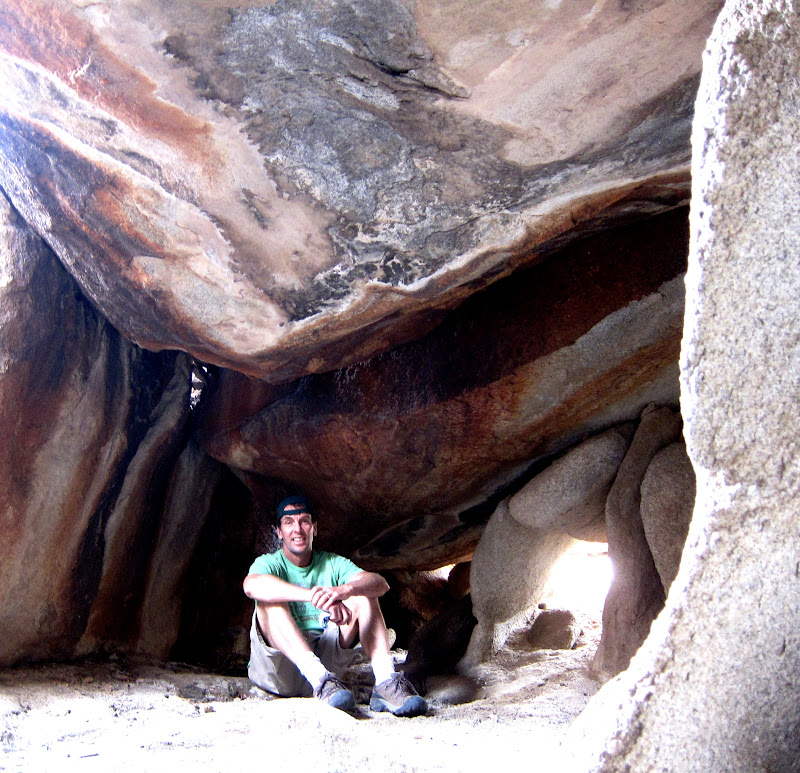 The Caves of Inner Pasture

Luckily Daren’s persistence won out over the Bohemias and the search continued. Five minutes later we found ourselves inside the most amazing cave we have ever seen. The labyrinth of chambers tucked between the boulders were simply incredible. Each “room” had distinctive colors, that while natural gave the cave a mystical ambience. Numerous pottery fragments and bones littered the floor of the large cavern and we felt a bit like archaeologist unearthing secrets of an ancient civilization.

Hiking back down the wash to the trucks, we agreed to return at a later date to see what other treasures we could uncover. This seldom visited area should be on every hikers to do list, just watch out for the cholla