We took a quick overnight trip out to Anza Borrego to hike the tracks a bit and explore the Indian Hill area.

I had not been out to the southern Anza Borrego desert since they started construction of the Ocotillo Express wind farm and was saddened to see the damage. 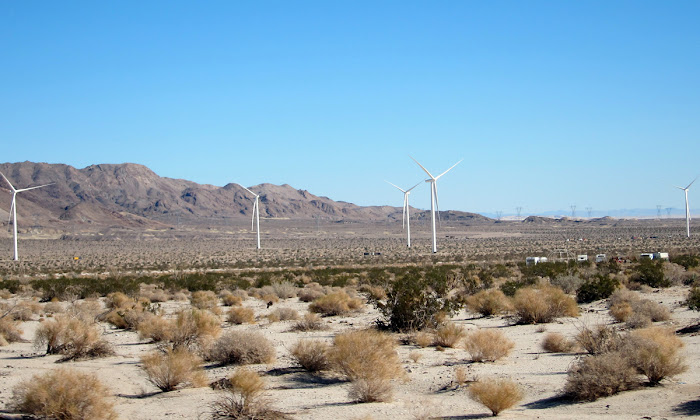 Where once stood large forests of Ocotillo, now resembled something out of an apocalyptic nightmare. The monstrous wind towers dwarfed anything around them and along with the huge SDG&E switchyard and imposing Sunrise Powerlink transmission towers have forever industrialized the tranquil desert around Ocotillo.

Ironic isn’t it, that something marketed as “Green” has done so much damage to a precious natural resource. 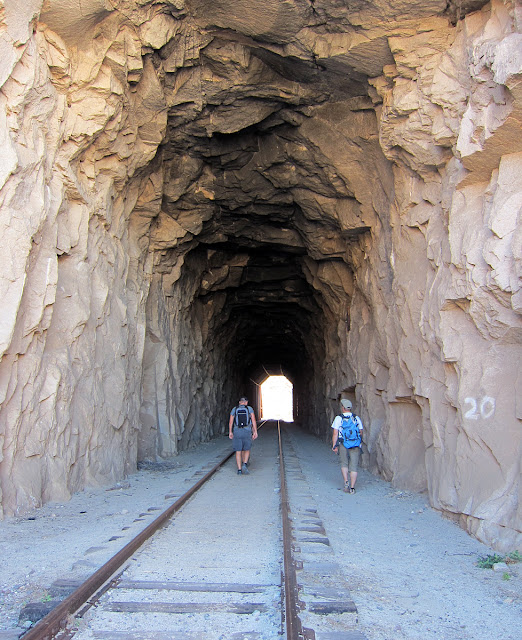 We headed further north up the S2 to escape this madness and set up camp near the end of the jeep trail north of Dos Cabezas siding. Our plan was to hike to a few of the tunnels along the Carrizo Gorge Railway and hopefully at least catch a glimpse of the famous Goat Canyon Trestle. 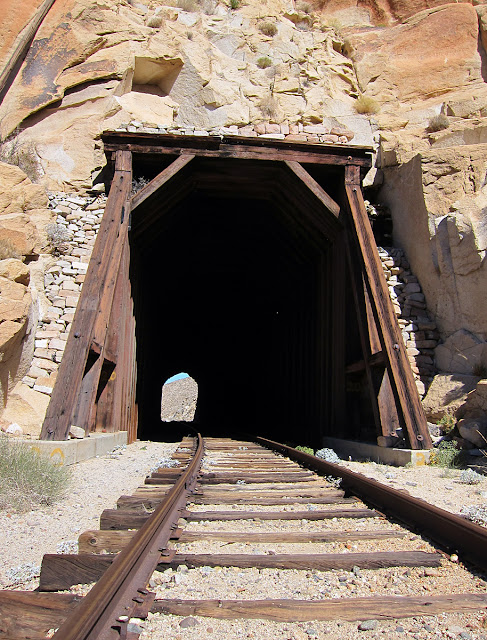 While we have hiked to Goat Canyon Trestle from various routes, the initial view of the 600′ long,  200′ high trestle never fails to disappoint. This should be on everyone’s list of things to see as it is truly an engineering marvel.

The following day we explored the Indian Hill area to search for a water tank that was close to the pictographs.

We found the water tank, but unfortunately no water which was unfortunate as it would have been great to cool off.

Think we will have to plan a trip after a winter storm.

Pictures from the trip are here.