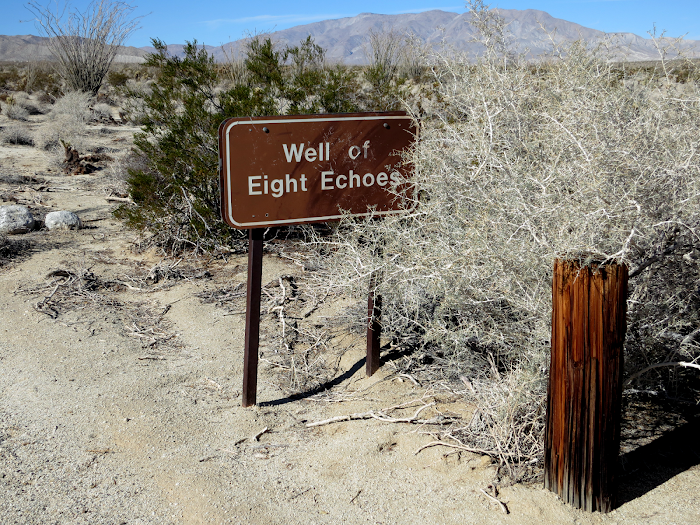 The Well of Eight Echos

Despite the allure of its’ name the Well of Eight Echoes located off the S2 is one of those attractions that leaves you scratching your head.  The well is a 1 foot plus wide steel pipe that apparently extends close to a hundred feet into the ground.

In its heyday before visitors filled it with pebbles and who knows what, you could yell down the opening and listen for a gradual decrescendo of echoes.

There are a couple conflicting stories on the origin of the well; one is that the pipe is what’s left of a fountain head from a failed cotton growing venture in the 1920’s, while others claim it was an attempt at drilling for oil.

Either way it is worth a stop as you journey on to more interesting areas of the park; even if it is just a metal pipe sticking out of the ground. 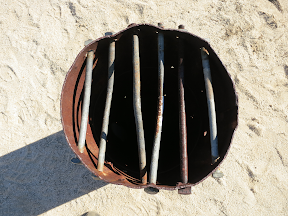